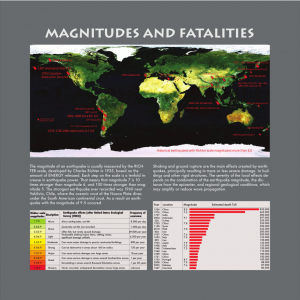 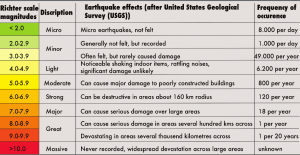 Shaking and ground rupture are the main effects created by earthquakes, principally resulting in more or less severe damage to buildings and other rigid structures. The severity of the local effects depends on the combination of the earthquake magnitude, the distance from the epicenter, and regional geological conditions, which may amplify or reduce wave propagation.